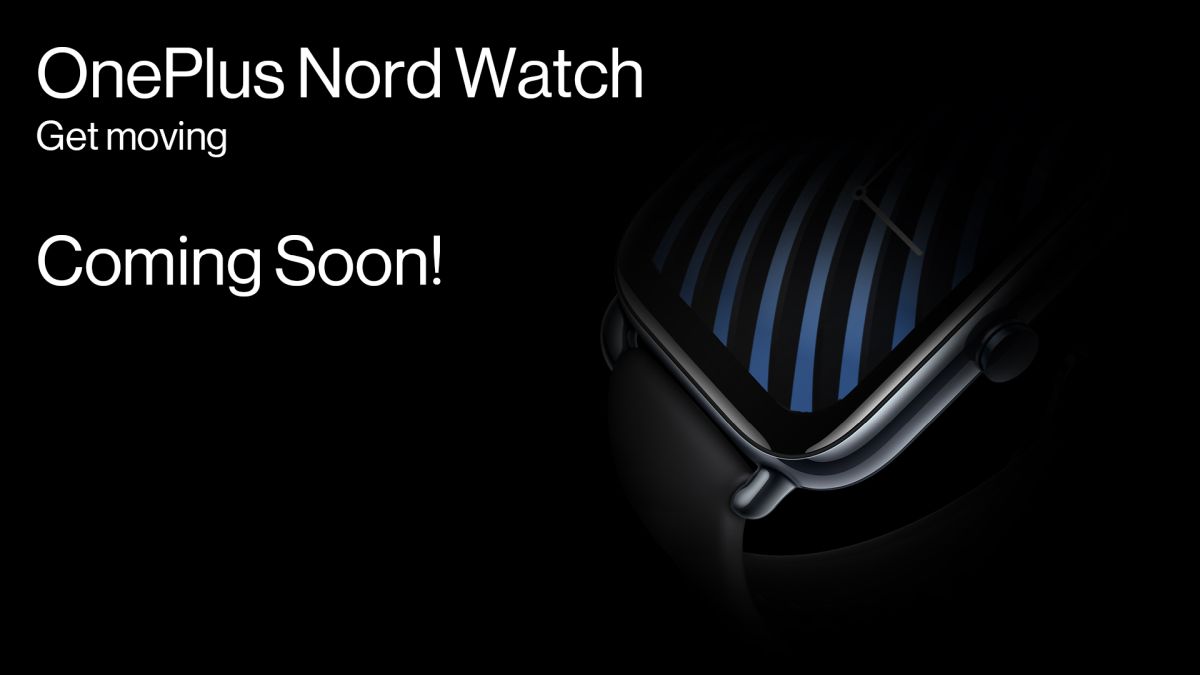 OnePlus Nord Watch is set to launch in India soon, the company announced today. This will be the first smartwatch under the Nord category, according to OnePlus. The company is yet to reveal any other details including a specific launch timeline, price in India, and specifications of the upcoming OnePlus Nord Watch. OnePlus also shared a marketing poster, which teases the wearable. As of now, OnePlus’ Nord lineup only features smartphones and earphones. In August, the expected India pricing of the upcoming smartwatch was leaked online.

Today, the Shenzhen-based company announced that it will soon launch the OnePlus Nord Watch in India. This will be the first smartwatch that will come with the OnePlus Nord branding. Additionally, the company has also shared a marketing poster, which teases the soon-to-launch smartwatch. It appears with a black strap and a dark grey metallic casing. On the right, a rotating crown is also visible on the OnePlus Nord Watch. It will feature a rectangular dial, as per the poster.

Although the company is yet to reveal the India pricing and specifications of the Nord Watch, previous leaks have suggested its expected price in the country. OnePlus is yet to announce a specific launch timeline as well.

OnePlus Nord Watch could be priced in India at around Rs. 5,000, according to a report. The smartwatch is tipped to come in Black and White colour options.

To recall, the OnePlus Watch went on sale in India with a price tag of Rs. 16,999 in April last year.

Buying an affordable 5G smartphone today usually means you will end up paying a “5G tax”. What does that mean for those looking to get access to 5G networks as soon as they launch? Find out on this week’s episode. Orbital is available on Spotify, Gaana, JioSaavn, Google Podcasts, Apple Podcasts, Amazon Music and wherever you get your podcasts.

Tudum Netflix 2022 — All the Trailers and Biggest Announcements

TheNewzBox - September 30, 2022 0
Price-tags of daily groceries from oil and spices to rice and hair oils have risen between 10% and 22% since January this year,...

‘This new short film is a reflection of the constant juggle...