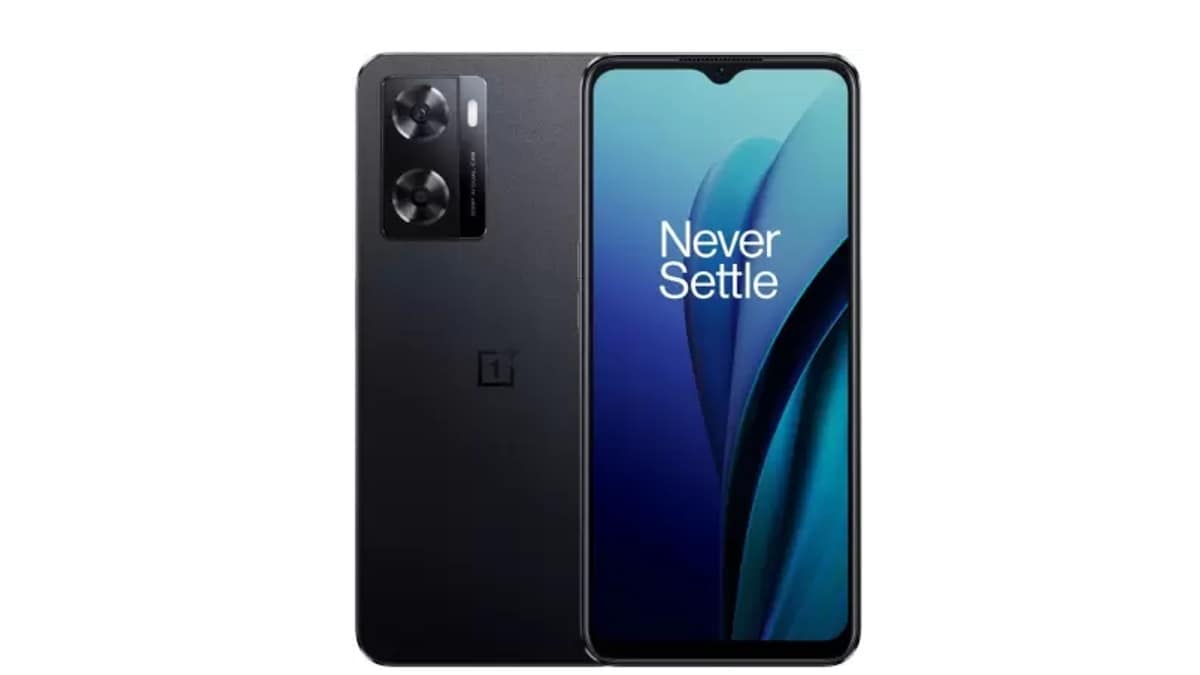 OnePlus Nord N20 SE was unveiled in select markets in August this year. Ahead of any official launch announcement, the Nord series smartphone powered by MediaTek Helio G35 SoC has been silently listed for sale on Amazon India and Flipkart. The OnePlus Nord N20 SE features a 6.56-inch HD+ display and has a dual rear camera setup led by 50-megapixel primary sensor. It is backed by a 5,000mAh battery with support for 33W SuperVOOC fast charging. The 4G phone appears to be a rebranded Oppo A77 4G that debuted in the country in August this year.

The Indian e-commerce websites have listed the 4GB RAM + 64GB storage variant of the OnePlus Nord N20 SE with slightly different price tags. On Amazon India, it is listed for Rs. 14,588, while it is available for Rs. 14,799 on Flipkart. The smartphone is shown in a single Celestial Black shade on Amazon, while it is available in an additional Oasis Blue colour option on Flipkart.

Since the device is being listed unofficially in India, there could be no warranty or after-sale service for the new OnePlus Nord N20 SE in the country. We’ve reached out to OnePlus for more details regarding this, and will update the article when we hear back.

As per the listing, the OnePlus Nord N20 SE runs on Android 12-based OxygenOS 12 and features a 6.56-inch HD+(720 x 1,612 pixels) display. The display has a waterdrop-style notch at the centre to house the front camera. It is powered by a MediaTek Helio G35 SoC, coupled with 4GB of RAM and 64GB of storage, that is expandable via a microSD card.

Affiliate links may be automatically generated – see our ethics statement for details.

The Sandbox Parent Animoca to Debut Metaverse Fund of $2 Billion

Digital Rupee CBDC Trial Begins in India: Here’s What the Experts Are Saying

BTC Worth $2 Billion Moved by Binance Into Unknown Wallet

Why El Salvador Is Setting Up a ‘National Bitcoin Office’