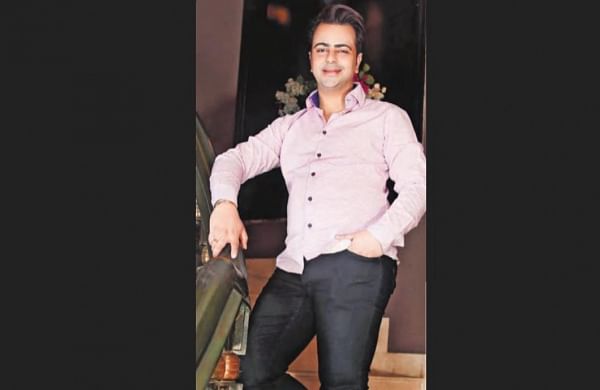 I have never been used to working from home. As a restaurateur I was always juggling between our main office, at our flagship restaurant in South-Ex, and our other outlets across Delhi, India, and abroad,” says Yuvraj Kohli, Managing Director, Moti Mahal Delux, adding the inevitable, “And then Covid happened.”

Luckily, the third-generation restaurateur found a place for present work and meditations on the future in what he likes to call the ‘Piano Bar’ in his home.

“I didn’t step out for close to a year, and so that became my place to retire to figure out a response to the Covid crisis, plan for the brand’s future and generally be alone with my thoughts,” shares the 37-year-old, whose family, and restaurant, helped create our unofficial national dish, Butter Chicken, as well as Dal Makhani and Tandoori Chicken, thereby completing Delhi’s taste triumvirate.

Despite having such a rich family legacy in the culinary scene, Kohli was a reluctant restaurateur to begin with. “After I finished my schooling from Woodstock, I initially wanted to be an actor so tried my hand at theatre. After that I wanted to get into exporting, basically anything that kept me from the family business, because I thought I was not interested in it,” he recalls. It’s only when his father asked him for help in opening up four new restaurants, that Kohli came on board, albeit temporarily. However, “After a while, when dad saw I was actually good at the business, he insisted I join full-time and I have been helping grow our empire since,” says the restaurateur, with little regret.

The brand now operates 15 restaurants across India and abroad, including one in New York and another upcoming one in Dubai (thereby replacing the London branch that was recently closed). “The lockdown shuttered us for quite a while, and people were no longer stepping out, and cooking more at home. However, they still wanted their Butter Chicken or Dal Makhani to have that Moti Mahal feel,” mentions Kohli adding, “It’s in the Piano Bar that I came up with our latest offering, Spice Mix by Moti Mahal Delux, which comprises the secret spice blends of our most iconic dishes.

You simply sprinkle them over the food once you are done cooking and it’ll be like it came out of our kitchens.” Speaking of kitchens, Kohli also upped his culinary skills over the course of the pandemic. “I realised our brand has invented all these dishes and I should really know everything about them. So I have been cooking and re-cooking all our menu items, perusing old recipes, and figuring out how to get them perfect,” he reveals.

All that reading led to another pet project. “I never thought I’d write a book but now I am actually working on one. It’s almost half-finished, and I have been enjoying writing it,” says Kohli, whose time at home has led to another happy circumstance. “I have a five-year-old son and earlier I would barely get any time with him as I’d usually return after 11:00pm every day, due to the restaurant timings. Now we’ve been spending a lot of time together, from his online classes to playing games,” he signs off.