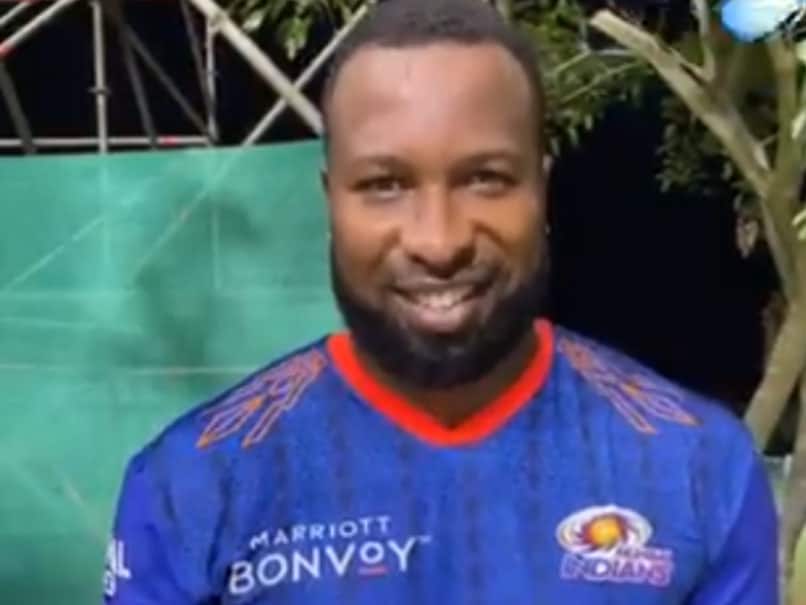 
West Indies all-rounder Kieron Pollard on Wednesday began training with the Mumbai Indians squad for the upcoming edition of the Indian Premier League (IPL) 2021. Pollard donned the Mumbai Indians jersey and announced his arrival in style. “Pollard is here”, said the all-rounder in a video posted by Mumbai Indians in which the fans could be seen asking about the whereabouts of the West Indies cricketer. Earlier in the day, ANI had reported that Pollard just finished his seven-day quarantine and was ready to train.

“He left West Indies and joined the MI unit in Chennai. He has just finished his quarantine period as prescribed by the BCCI Standard Operating Procedure and that is why he wasn’t seen around in MI training activities,” the source close to the West Indies all-rounder told ANI.

The IPL SOP only excused players who were part of the India-England limited-overs series and moved directly to their respective IPL bio-bubbles from mandatory quarantine.

The Mumbai Indians outfit suffered a scare on Tuesday after scout and wicket-keeping consultant Kiran More tested positive for COVID-19. But fortunately, the test on the players and the rest of the support staff came negative. But as a precautionary measure, Mumbai Indians’ training session for Tuesday was cancelled.

Defending champions Mumbai Indians will begin their campaign against Royal Challengers Bangalore (RCB) on Friday at the MA Chidambaram Stadium in Chennai.

Topics mentioned in this article