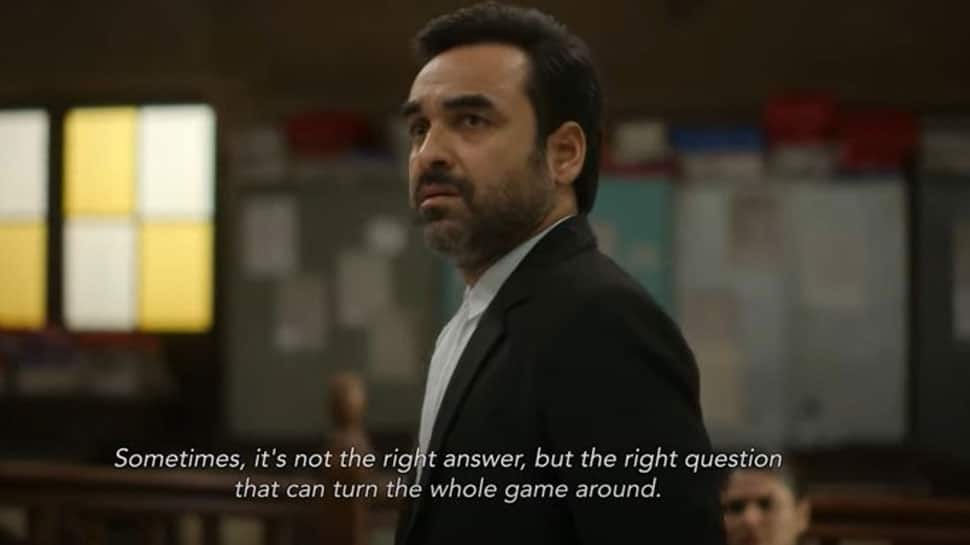 New Delhi: Madhav Mishra, silver medalist, LLB is back with his toughest case because seedha ya simple inke syllabus mein hai hi nahi! The fan-favourite and critically acclaimed show is back with a twisted case at hand: the death of a popular child star Zara Ahuja, and the prime suspect of her murder – her own brother, Mukul Ahuja. Hotstar Specials’ Criminal Justice: Adhura Sach, produced by Applause Entertainment in association with BBC Studios and directed by Rohan Sippy, streaming now on Disney+ Hotstar.

With wit and humour by his side, the uncanny lawyer Madhav Mishra, reprised by Pankaj Tripathi returns for the third installment of Criminal Justice along with Shweta Basu Prasad, Swastika Mukherjee, Purab Kohli, Aditya Gupta, Deshna Dugad and Gaurav Gera.

As the series makes heads turn with its riveting story on Disney+ Hotstar, Pankaj Tripathi talks about working with young talents in the latest season.

“We have two main child actors this season and they are so talented. They hold the same level of professionalism and practice that is expected of adults. It reminds me of my young days of acting too but I was never this serious. They are so dedicated to the art and are very perceptive of what is being done around them,” said the actor.

In the latest season of the award-winning ‘Criminal Justice’ franchise, Madhav Mishra struggles to put aside his own doubts and inhibitions about his client as the stakes get higher and riskier.

The show is available for streaming on Disney+Hotstar.

‘This new short film is a reflection of the constant juggle between professional and personal lives,’ says Neha Dhupia on ‘Good Morning’

Analysis: What does the recent spurt in footfalls in multiplexes after slashing of ticket prices convey?

Shefali Shah shares a collage of all the looks that she has played, says ‘living different lives that’s what I love…’

PVR to invest Rs 350 crore for 100 new screens in FY23; expects Inox merger to close by Feb next year

TheNewzBox - September 30, 2022 0
Price-tags of daily groceries from oil and spices to rice and hair oils have risen between 10% and 22% since January this year,...

‘This new short film is a reflection of the constant juggle...