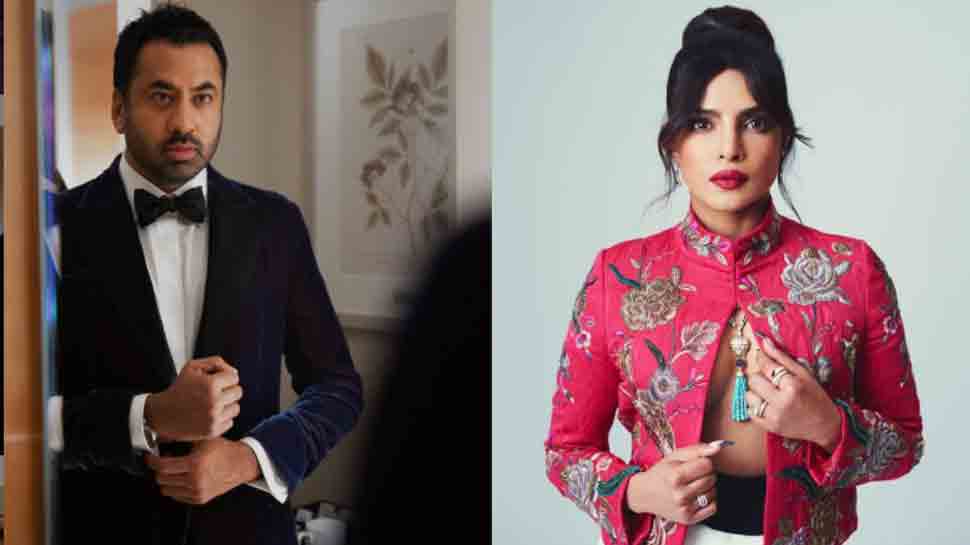 New Delhi: Priyanka Chopra’s New York restaurant ‘Sona’, which was launched earlier this year, seems to have become a hotspot for celebrities. The latest celebrity to visit the restaurant and gorge on Indian delicacies is Kal Penn. The Indian-American actor recently visited the outlet and relished some ‘delicious’ cuisine.

He shared rave reviews of his experience on Instagram as he heaped praise on the ‘Quantico’ star along with outlet’s head chef Maneesh Goyal, writing, ‘Well Done.’ Penn dropped a photo of the famous Indian snack item, expressing excitement on ‘finally making’ it to the restaurant.

Priyanka Chopra, who has added another feather to cap after donning the cap of a restauranteur, re-shared Penn’s post on her Instagram story with a heart and folded hand emoji to thank the actor.

Priyanka launched the Indian restaurant Sona along with restaurateur Maneesh Goyal in New York City on March 26. She was involved in planning the restaurant for three years. The restaurant has a private dining room, named after Priyanka’s nickname ‘Mimi’ ’ and also sells art by Indian artists.

Several eminent personalities like Anupam Kher, Farhan Akhtar and Miny Kaling have visited and dined out at ‘Sona’ restaurant So far. Recently, Priyanka’s husband and singer Nick Jonas too shared a photo from the restaurant as he enjoyed a hearty meal including Butter Chicken, Goan Fish curry and more.

On the work front, Priyanka Chopra will be seen in ‘The Matrix Resurrections’, starring Keanu Reeves. She also has ‘Text For You’ with Celine Dion and Sam Heughan and Russo Brothers’ ‘Citadel’. Most recently, Priyanka announced her big Bollywood comeback, ‘Jee Le Zaraa’, with Alia Bhatt and Katrina Kaif. The film will be directed by Farhan Akhtar.