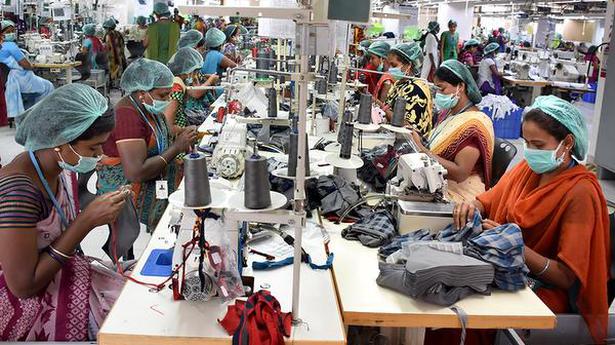 India’s retail inflation slowed to a three-month low of 4.29% in April, from 5.52% in March, helped by softer food prices as well as a base effect. Separately, industrial output surged by 22.4% in March, lifted by the statistical impact of the year-earlier period’s Index of Industrial Production (IIP) being significantly lower on account of the national lockdown to contain COVID-19 imposed that month, data from the National Statistical Office showed on Wednesday.

Retail food inflation eased to 2.02% in April, from 4.87% in the preceding month, with rural India recording a mere 1.45% food inflation compared with almost 4% in March. Overall rural retail inflation was 3.82%, slower than the 4.77% pace averaged in urban areas.

The March IIP data showed manufacturing grew by 25.8% and electricity generation by 22.5% over the year-earlier period, when industrial activity had collapsed 18.7% in the wake of the COVID-19 lockdown.

For 2020-21, industrial output shrank by 8.6%, compared with a 0.8% contraction in 2019-20. Manufacturing contracted by 9.8% in the year, while mining production shrank 7.8%. Electricity seemed to have recovered from the initial shock, dipping just 0.5% over the full financial year.

Observing that the inflation and IIP data provided strong positive signals for the economy, EY India chief policy advisor D. K. Srivastava, however, stressed that the turnaround in manufacturing related to the period ‘just prior to the extensive rounds of lockdowns induced by the ongoing second COVID wave’.

While inflation in fuel and light increased in April, indicating that cost-push inflation persists through petroleum prices, Mr. Srivastava reckoned lower demand for food and beverages and other consumption items drove overall inflation lower. “The policy message is that the government needs to support demand without getting excessively concerned about the pressure on prices of petroleum products,” he said.

Most economists expect the RBI to remain accommodative, but don’t see much room for rate cuts.

“As the lockdown base fades away, we expect the CPI inflation to bounce back to an average of 5%” in the remainder of the first half, ruling out the possibility of further rate cuts, said ICRA chief economist Aditi Nayar.

DBS Group economist Radhika Rao emphasised that inflation and IIP data over the next three months were likely to be ‘significantly distorted’ by base effects.

“Focus has returned to inflation in light of the recent rally in commodity prices as well as rising input prices faced by manufacturers,” Ms. Rao observed. “Whilst the smaller weightage in the CPI basket tempers part of the impact, WPI inflation is expected to quicken to above 9% in April, reflecting strong cost-push pressures,” she added.