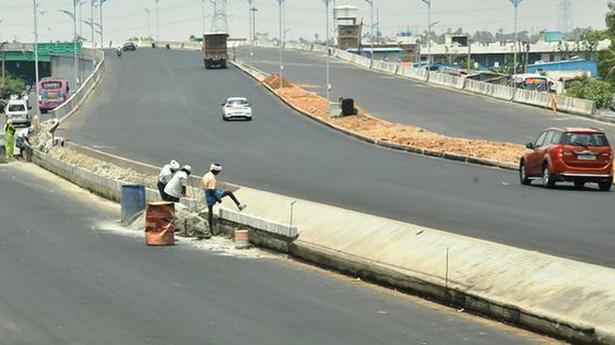 Concerns about high government borrowings crowding out the private sector’s fund-raising efforts were misplaced and not based on evidence, Chief Economic Advisor Krishnamurthy Subramanian asserted on Thursday reacting to comments made earlier by a member of the Securities and Exchange Board of India (SEBI).

“It’s a very tempting argument to make but the data does not support it,” Dr. Subramanian said. “It’s a very humble request that we must use the latest evidence to drive our thinking on economic matters and that’s what leads to better policy making,” he added.

On the contrary, the government’s increased capital spending would impart a ‘crowding-in effect’ spurring more investment, the CEA contended.

Earlier, addressing an event on the productive use of financial resources hosted by Assocham, SEBI whole-time member G. Mahalingam stressed that bond markets had an important role in supporting the economy’s rebound at a time when banks were ‘overburdened from the overhang of non-performing assets’.

“No doubt, a good part of the bond market gets crowded out by the government issuances of close to about ₹14-15 lakh crore,” asserted Mr. Mahalingam. “That crowds out all the corporate bond market, no doubt about it all. And the market is dominated by the BFSI [banking, financial services and insurance sector], which means manufacturing companies continue to depend on the banks as a source of capital,” he added.

“The flaw with this argument is that it relies on the pool of savings being static,” the CEA responded. “There is now evidence that savings are pro-cyclical with growth. When you have a pool that is growing and the government takes a rupee out today for capital expenditure, and thereby push growth and increase savings, the pro-cyclical behaviour of savings kicks in. So this is the crowding-in effect of infrastructure, especially government-led, capital spending,” he observed.

GST Council not for inclusion of petroleum products: Finance Minister